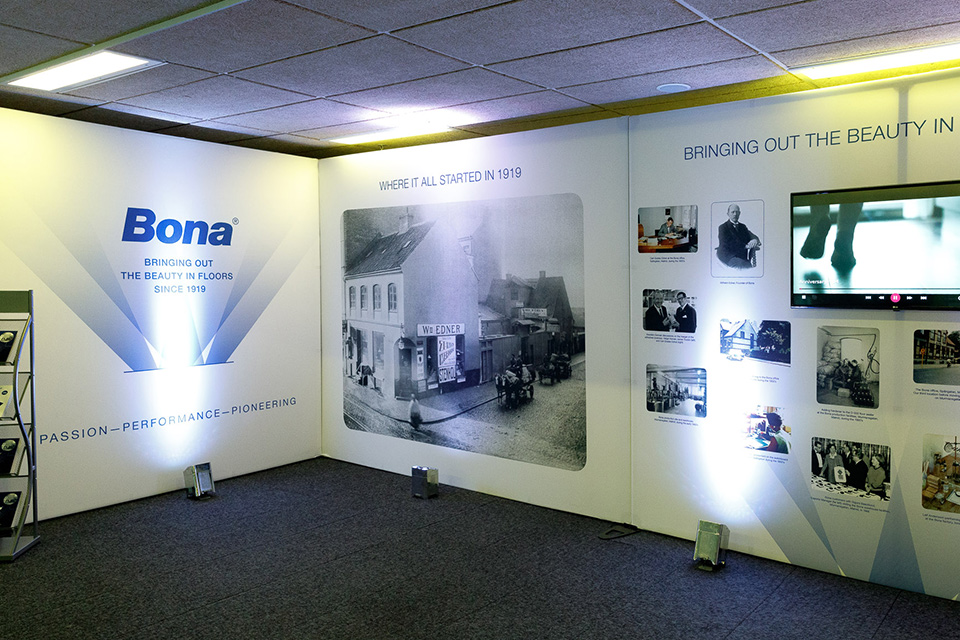 Brand Strategy & Identity
W was given the challenge to create an exhibition booth for the Bona International Distributor Congress. See what we created!

Bona is a world leader of wooden floor installation, maintenance and care, and 2019 is all about celebration as it is the year of the Bona 100 year anniversary. To acknowledge this celebration, W was given the challenge to create an exhibition booth for the Bona International Distributor Congress (IDC) 2019 to reinforce the value that Bona has been delivering to distributors and consumers for the last 100 years, and will continue to deliver over the next 100 years. 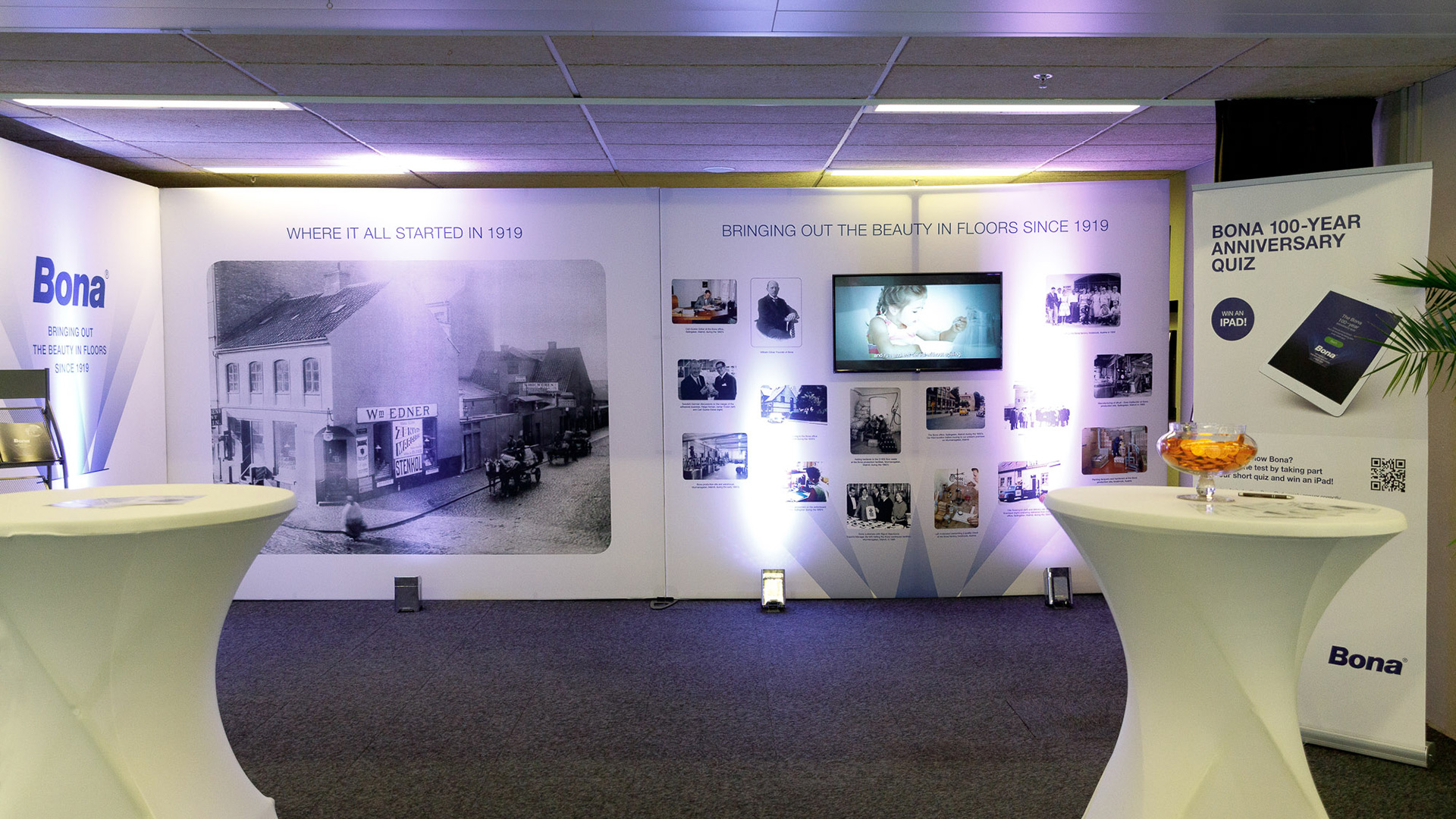 Globally Bona sells its products to consumers via subsidiaries and 70 distributors, primarily in North and South America, Europe and Asia. The IDC is held every two years and creates an opportunity for Bona to bring together its distributors from around the world to discuss how they can continue to support them over time. With 2019 being a key milestone in the company’s history, Bona wanted to ensure that all distributors attending the IDC left with an understanding of the value that Bona products have been offering them and consumers over the past 100 years. 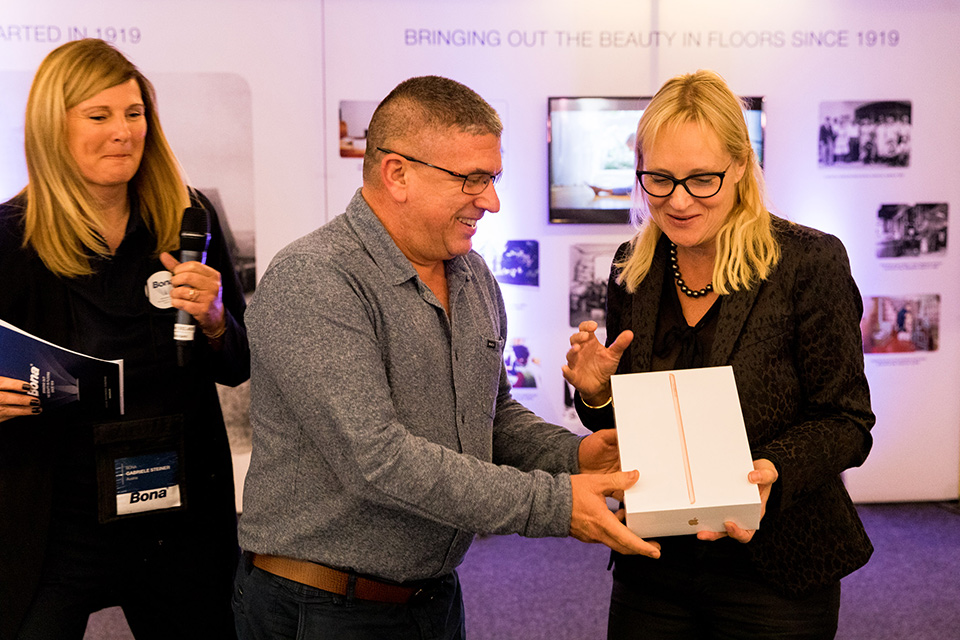 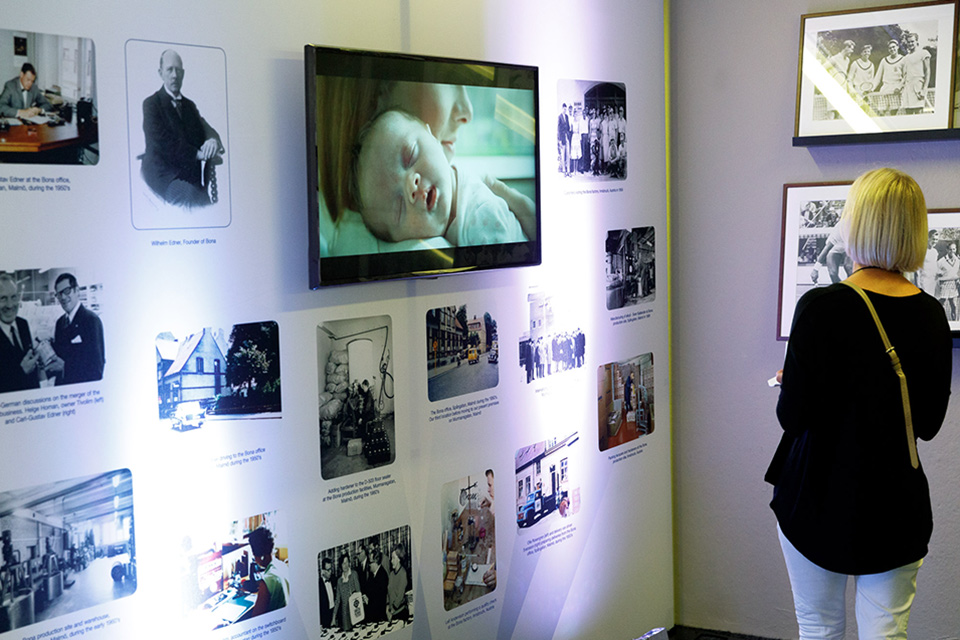 Based on the Bona 100-year anniversary branding guidelines that were also developed by W, we created an IDC congress booth experience, where delegates could explore Bona’s history from the past 100 years. To create an emotional connection, we developed a booth design based on a mix of photographs depicting the company’s history from the beginning in 1919 to today’s world leader in bringing out the beauty in floors. As part of the project, W also proposed and developed a Bona 100-year anniversary quiz to attract delegates to the exhibition booth, where they had the possibility to win a prize. 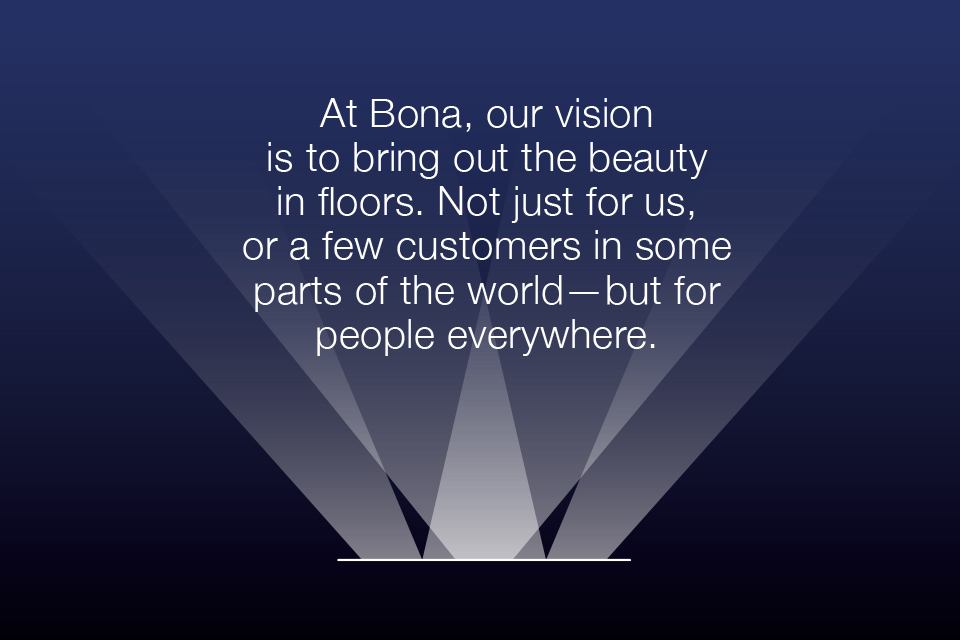 Nothing sticks in your head better than a story. Stories can express the most complicated ideas in the most digestible ways.
Sam Balter, Sr.
Marketing Manager of Podcasts, HubSpot